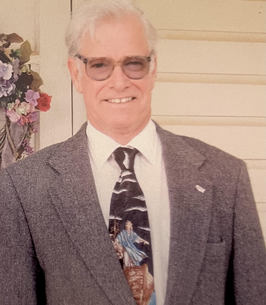 William C. Meservey, 76, passed away peacefully on August 26, 2022 in Camden, Maine with his loving family by his side. Bill was born in Rockland on January 17, 1946 the son of the late Clifton and Ella (Simmons) Meservey. Bill attended local schools and was a graduate of Warren High School. After High School Bill proudly served in the United States Air Force rising to the rank of Sergeant as an Aircraft Mechanic Specialist.

Upon leaving the Air Force Bill went to work and FMC Marine Colloroids before eventually opening his own lobster-trap business called Shoreline Traps.

Bill was a builder and loved to build anything a skill he utilized during his time with the organization MAPS where he helped to build churches all over the country. Bill loved gardening and found peace when he was out tending to his crops. Bill was always willing to lend a hand to anyone with whatever they may need. As well as volunteering with MAPS RV Missonaries, he was also a proud member of the Warren Fire Department.

He was predeceased by his parents, sister Louise Lufkin, brother in law Kenneth Piccuito and grandchildren Samuel and Sophie Meservey.

He is survived by his loving wife Teresa Meservey

The family would also like to give thanks to all of the staff at Bella Point in Camden and Beacon Hospice Staff especially Miles Rogals, and Cassandra Stanley.

A funeral service will be held on Thursday September 1, 2022 at 1pm. At the Warren Baptist Church at 166 Main Street Warren Maine, with Dr. Rev Linwood Welch officiating. A private burial with military honors will take place on September 7th the Maine Veterans Cemetery in Augusta, Maine.

Hall’s of Waldoboro has taken care of the arrangements. To extend online condolences to the family or to share a story or picture visit their Book of Memories page at www.hallfuneralhomes.com.