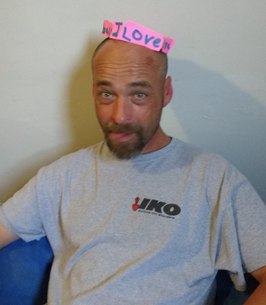 Shawn grew up in Waterboro and lived in many parts of Maine. In his heart his true home was in the woods or canoeing across the water with a fishing pole in his hands.

Buck, as many people called him, enjoyed watching movies, mudding in pickup trucks, fishing, hunting, campfires and snowmobiling with his children. He loved seeing his grandchildren. He was fearless. All that knew him probably have a story about a crazy stunt that he was trying to pull, often resulting in a scar. You knew you were in for a good story when Buck started with “You know how easy the Dukes of Hazzard used to jump rivers in their car…”

He worked as a roofing contractor for many years including at Horch Roofing and O’Brien Roofing.
He will be greatly missed by his family, friends, and co-workers.

Due to Shawn’s wishes there we be no funeral service. We will have a celebration of life event in the Spring at a time to be announced.

Many obituaries have a donation suggestion. We are pretty sure Shawn would want everybody to just get outside and go ice fishing and enjoy everything nature has to offer.

Hall’s of Waldoboro has care of the arrangements. To extend online condolences visit their Book of Memories at www.hallfuneralhomes.com.